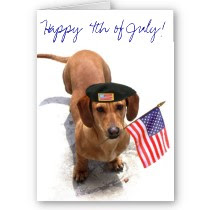 Been sorta on holiday this whole week. Finally called to rehearsal Friday and today. Both rehearsals were quite short; not longer than an hour half. Maybe it’s because the rehearsal staff know that we know what we’re doing. Maybe it’s just timing or coincidence. It’s been a bit of a chore to find ways to keep myself occupied.

Anywhere else in the US, I feel like I’d have so many more options. So many more things to pique my interest. Bregenz is a cute little town. The wide paths that parallel the lakefront offer lots of peaceful strolling along the water’s edge. The cafés give you that European charm along the cobblestone streets that we don’t really have in the US. But some of the other customs and daily mundane things I really have to work to get used to. One must strike out in the morning or early in the afternoon at the latest to get the day’s shopping done. Most retailers close at 6pm. I love the idea of being able to rush out to the grocery store in Chicago or Honolulu after 10pm. God forbid you have a grocery store that keeps its doors open 24 hours! Or knowing you can count on 7-11 or Walgreens to be open all day, so that you can still get home after work and then head out to do your shopping from there.

I’m just terribly spoiled by these and other simple luxuries. Luxuries like owning a vehicle with which to get yourself to the store and back with all of your purchased items. Or the restaurants that deliver straight to your door. You enjoy the…um…luxury…of walking around in the house all day in pajamas and messy hair, and then you clean up JUST a bit (not too much) when the delivery guy shows up so as not to scare him out of his socks.

I want to drive my car. When colleagues say, “Let go shoot some pool,” I would GLADLY offer to drive. With the car, the pool hall would be a brisk five minute scoot down the main road in Bregenz that follows the train tracks. Instead, it’s a 30 minute walk…one I usually don’t TOTALLY look forward to after hours of standing up in the pool hall/bar. Or…it could just be that I’m THAT much of a lazy slob.

I could have spent another couple hours at the festspielhaus on the computer, surfing the web, watching a movie or show, or corresponding with friends, but then I leave when it’s dark out, and that can be a drag as well.

I’ve made a friend in one of the other baritones also singing Amonasro here at the festival. Iain Paterson is a tall chap with great barrel of a voice that is MORE than built for Verdi’s Ethiopian king. We hit it off rather quickly and have gotten along quite well. Iain lives outside of London, about 40 minutes I think he said. He packed up his motorcycle and rode all the way over to Bregenz. On his days off, Iain will often times hop on the bike, set the route on his GPS, or Sat Nav as it’s called in the U.K., and toddle off on a sightseeing tour of one of the region’s many scenic roads and highways. Now THIS is something I would LOVE to do, being that I enjoy driving so much. Alas; no wheels.