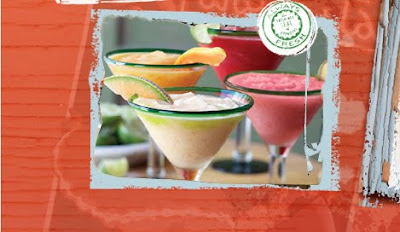 Hey gang. Sorry I've been slacking a bit here. Things have progressed pretty quick since the end of the summer in Bregenz and my arrival to San Francisco. I had about a day and a half between getting back to Chicago and turning around to fly out to the West Coast.
First of all - Bregenz. The remaining performances of the summer went quite well. Lots of sold out nights. It was exciting to hear that tickets were becoming harder to come by as the run continued on into August. I'm hoping I get to go back next summer and see if we can't have the same kind of turn-out on Lake Constanz. Bregenz was a charming town. Lovely folks. I would very much like to see them all again.
San Francisco - As I commented to a Bay Area publication, I consider it a HUGE honor and privilege to follow after such an opera super star as Dimitri Hvorostovsky in the role of Count Di Luna in Il Trovatore at the San Francisco Opera. I will sing the final two performances on October 4th and 6th. So far, the run has fared very well. Audiences have been treated to some world class opera since the opening on September 11th. My contract has required me to be on-call at the opera house for every show. This includes fight calls prior to curtain so that Hvorostovsky, the stunt men, and tenor Marco Berti could all brush up on the choreography for the moments in the opera that involve sword play and stage combat. And at every call, Dimitri has always been quite cordial, shaking my hand as we all leave the stage after the brush-up. He has class. He's a big kid during rehearsals. Sure, there were times when folks would've rather had the rehearsal pick up instead of the slower tempo it sometimes fell into because of his antics. But it's a GREAT attitude to have during the rehearsal process. MUCH better than some singers who are never happy with direction, either from the production desk or the pit. It's been fun to be around him and to see him work.
I look forward to my turn. This means requesting brush-up coachings so that all that music stays fresh in my mind. Obviously I don't have the luxury of going through the whole show in costume and make-up every few days.
Which brings me to the photo at the top of this posting. A wonderful colleague and avid blogger, Christian Van Horn, has commented in the past about how he wants to see visual aids in my postings, besides just reading the text. So this is for him. Please do check out his website. He spent all of last season in Munich at the Bayerische Staatsoper. The list of operas and roles he amassed at the end of this past spring was quite impressive. And now he's back there again, after a month off to visit family back here in the states.
Why margaritas?? Chevy's Fresh Mex was a favorite hang-out of mine 7 years ago during my stint as a member of the Merola Opera Program in San Francisco. Good food. Better drinks. And CLOSE to the opera house. Two words. Mango margarita!!!
Posted by Quinn at 2:05 AM 1 comment: